One shifter. One human.
Will fate bring love or ruin?

June Yates spends her days mopping and scrubbing her aunt’s inn with only a rat for company. All she wants is one of her late mother’s possessions, but her aunt keeps it locked away with a magic key. June resigns herself to her chores, like serving the handsome new guest with the golden eyes.

After his father’s knife is stolen by a dishonest innkeeper, Dominic Frost vows to retrieve it no matter the cost. He falters when he finds himself drawn to the inn’s servant, who his wolf insists is their mate. But reclaiming the knife is more important than one human—isn’t it?

When Dom makes a shocking discovery, he and June must both decide what to fight for. Their choices will determine whether they’re fated for love or ruin.

This is a standalone novella with a guaranteed HEA. 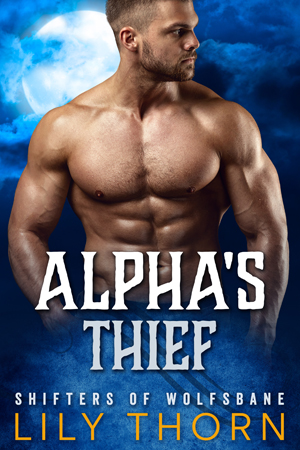 Stealing’s easy for a thief who can stop time. Love is harder—and more dangerous.

Sold and chained, Arabella Blackwood is forced to steal for her masters. Since she can stop time, the work isn’t too hard. Escape will be more difficult, and outrunning her captors may be impossible when one of them can scent her trail.

Time actually stands still when Ryder Frost first sees his fated mate. Despite her thieving habits, he feels the need to protect her. But she’s terrified of shifters, and with a full moon approaching, he’s not sure how much longer he can conceal his true nature.

Arabella’s enemies are closing in, and they’re determined to recapture their prize. If they can’t bend her to their will, they’re happy to break her. She’s too valuable to harm, but she seems to have developed a weak spot. And they have no reason to keep Ryder alive…

This is a standalone novella with a guaranteed HEA.

Fated for the Alphas 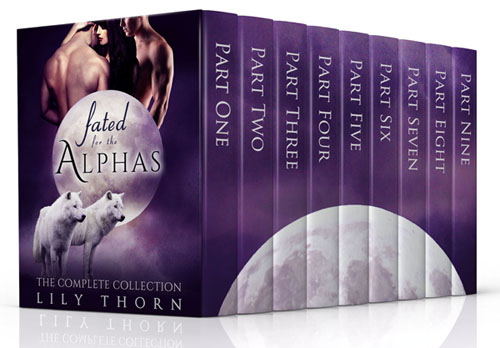 When Lia’s magic fails her at the worst possible moment, she’s banished from her coven. She runs into the woods, only to discover that two wolves are hunting her. She can’t escape, but when the wolves shift into bare, handsome men, escaping no longer seems quite so important.

Kane never thought anything could come between him and his twin brother Ronan, but this female is special. There’s something about her curves, her fire, the maddening way she resists his charms. The pack will crumble if both Alphas don’t claim their mate, but Kane might not be able to share…

This is a complete story—no cliffhangers! Get ready for wolf shifters, steamy ménage romance, and a very HEA.

All parts of Fated for the Alphas are on Amazon for just 99 cents, or free with Kindle Unlimited.

Hunted by the Alphas

When two Alphas fall for a monster hunter, who will end up hunting whom?

Val doesn’t have time for love. If she wants to become a vampire hunter, she needs to focus on dagger skills and marksmanship. Any lapse in concentration could get her killed, so the attention of a tall, handsome man is especially inconvenient on the way to her first mission. His amber eyes are hard to get out of her mind, and they might just prove fatal.

His whole life, Blaze dreamed of the day he’d become Alpha of his pack. When his older brother Ash got the position, Blaze left, vowing never to return. Arriving in the city, he encounters a woman whose stunning curves distract attention from her arsenal of concealed weapons. One look is all it takes to know that she’s his fated mate.

The only problem is that Ash wants Val, too. He already took the pack—he can’t have Blaze’s mate. But their quarrel will mean nothing if they can’t save Val from a murderous enemy.

This is a complete story—no cliffhangers! Get ready for wolf shifters, steamy ménage romance, and a very HEA.

All parts of Hunted by the Alphas are on Amazon for just 99 cents, or free with Kindle Unlimited. 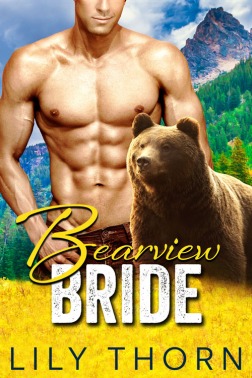