← Fated for the Alphas (The Complete Collection)

Here it is at last, the final installment of the Shifters of Wolfsbane series! You don’t have to have read the other books to enjoy this one, but there are some special surprises for you if you have.

Alpha’s Heat is a standalone novella with no cliffhanger. Without any further ado, let me introduce you to Easton Frost, the final Frost brother… 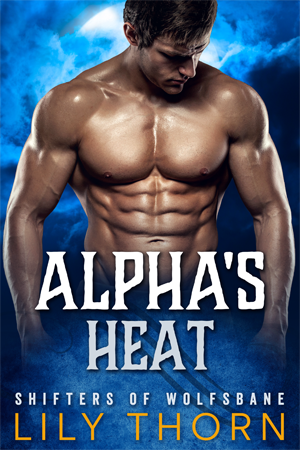 All that Seraphina Blackwood has is a cat made of flame and proof that her sister Arabella is still alive. Though she refuses to use her fiery talents to harm anyone, like her captors want, she will use them to escape. While being pursued, she runs into Easton Frost, a handsome shifter whose golden eyes make her forget herself. Together, they must find Arabella before her foes do.

But Seraphina’s enemies are cunning, and they will force her to make a terrible choice. If she can’t find her fire, she will face a dreadful fate.

← Fated for the Alphas (The Complete Collection)